On the evening of the unveiling, Stephen and I were priviledged to have been invited to a drinks reception at Bruxelles bar on Harry Street a few yards away from where the great statue is now situated. Bruxelles bar had a certain buzz around due to knowing it was where Phil frequented as a hometown pub. Ex members of Thin Lizzy Gary Moore, Scott Gorham, Eric Bell, Darren Wharton and Brian Robertson all attended.

The crowds were full of excitement and anxious as the time drew near. Thin Lizzy music blasted out into the streets as ex members came out along side Philomena, Graham Cohen and Audrey O'Neill. Speeches began paying tribute to the great man from the Lady Mayoress, Philomena and Audrey. 6:30pm on the dot Philomena unveiled this magnificent statue to rapturous applause and roars from the thousands of people in attendance. They had come from all over the world as a pligrimage.

Emotions, feelings, the love for this man was obvious to all. A dignified scene was experienced.

Once the crowds had settled and the area around the statue cleared little the proudest mum in the world this day spent time having photos, signing autographs and speaking to devoted fans. She was one special lady to carry such duties on a personal occasion.

Our hearts admire her; our spirits are with her and our love we send sincerely to her and her family. 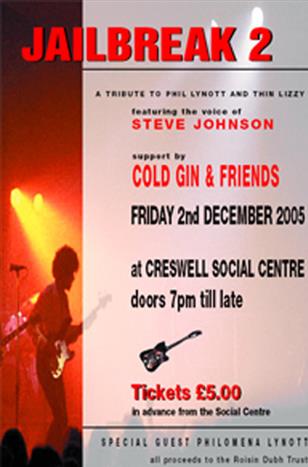